Connecting with consumers at beer festivals 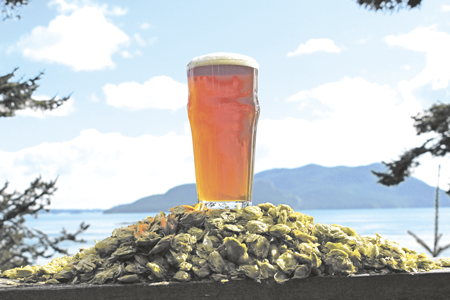 Beer festivals abound throughout the United States. For the consumer, these fests are all about fun and discovery: sampling new brews is a great way to spend a Saturday with friends. Breweries get in on the fun too, often going all out in their booth decor and hype. But participating in any event comes with costs. Apart from the fun factor, why should breweries consider signing up for festivals? And how can breweries stand out at increasingly crowded events?

For Seattle’s Fremont Brewing, it’s all about connecting with festival attendees over beer. “Being able to personally hand your beer to a beer drinker at a festival is the best connection that a brewery can hope to make,” says Zan McColloch-Lussier, Fremont’s events coordinator. “I believe that craft beer drinkers really value meeting the people behind the beers they love, and that’s why we try to be at as many festivals as we can.”

Fremont connects with consumers at festivals both large and small. Their name can be found among the list of 800 breweries at the 2018 Great American Beer Festival in Denver, CO. Yet they still seek out smaller festivals to reach new markets and make those connections.

One example is the second annual Hops on the Rock – a fresh new festival featuring just 24 breweries (and a few cideries) from around Washington. Because Hops on the Rock takes place on Orcas Island, nearly every keg and attendee arrives by ferry. In this unique destination setting, breweries of all sizes have a better chance at standing out from the crowd.

Regardless of the number of breweries in attendance at a festival, Fremont’s marketing strategy is the same: they put their best beer forward. “We hear over and over again from folks that they love that we bring such a strong selection of beers to festivals,” said Zan. “For example, at the Washington Beer Commission festivals we will do a rotating barrel aged tap… We’ll also keep things interesting by brewing infusions of beers they love (think Interurban Pina Colada) just for these festivals. By bringing a deep selection and rare beers we are able to keep festival-goers happy.”

Beyond the beer, there’s a fair amount of preparation that goes into a successful festival. Because festivals are a microcosm of the greater brewing industry, breweries should treat their booths like an extension of the taproom. Breweries can best project their image and showcase their culture by bringing strong branding to events. Swag never hurts either.

Bellingham, WA’s Kulshan Brewing is a good example. In a recent rebrand announced via press release, Kulshan’s goal was to “align the Kulshan brand with its surrounding community and natural environment.” Kulshan is the native name for Mt. Baker, a glacier-clad volcano that serves as Bellingham’s backyard playground. Swag in the form of stickers and coozies display Kulshan’s mountain logo proudly – a surefire way to connect with outdoorsy festival-goers in the Pacific Northwest.

Come festival time, breweries prepared with memorable beer, branding and culture will make the strongest impression on consumers. It comes as no surprise, then, that two of Washington’s top 20 highest-producing breweries (Fremont and Kulshan) prioritize festivals as they continue to grow their markets. For these highly successful breweries, it all comes down to giving attendees the best all-around festival experience possible.

“I like to prepare with a mindset of being excited to meet beer drinkers and to do whatever you can to make their festival experience memorable,” said Zan. “Sometimes that means bringing extra temporary tattoos because it’s a sunny day and everyone will want a tattoo. But mostly it’s about showing up ready to connect beer drinkers with a beer they will love.”