Father of Virginia Wines loves what he does 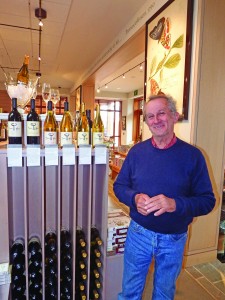 by Jon M. Casey
Following a recent visit to Monticello in Charlottesville, VA, I was invited to visit the winery of Gabriele Rausse, director of gardens and grounds for the Thomas Jefferson Foundation, Inc. Rausse, who is known throughout the Mid-Atlantic Region’s wine and grape growing industry as “The Father of Virginia Wines,” welcomed us to his personal winery located in a small building attached to the basement of his home several miles from Jefferson’s historical property.