From “international varieties” to innovative varieties 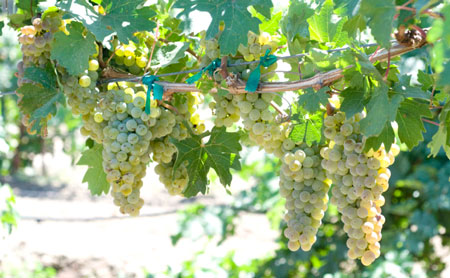 “The world is changing but the varietals we grow have not. Are we missing out?”

That was the title of and question posed by a group of forward-thinking growers during the 2021 Unified Wine & Grape Symposium. Consumer tastes, climate change, market conditions, labor availability and regulations all influence which grapes are grown. But there’s been a widely held distaste of breeding new winegrape varieties, according to Dr. Andy Walker. There are only 10 to 15 varieties of Vitus vinifera grown across the world, and he believes we need to change that.

Walker is a professor and geneticist in the Department of Viticulture and Enology at UC-Davis. His lab focuses on grape breeding and the genetics of resistance to pests and diseases. He breeds rootstocks for resistance to nematodes, phylloxera, fanleaf, drought and salinity as well as winegrapes with resistance to Pierce’s disease and powdery mildew. Walker holds patents on five rootstocks and has patents pending on five Pierce’s disease-resistant winegrapes. (He noted Pierce’s disease “has been a big problem in California forever – it’s episodic, but tends to flare up after wetter springs. It’s one of the few grape diseases that kills the grapevine.”)

Having only about a dozen varieties leaves growers with “international varieties,” and these varietal wines and marketing limit diversity and options. This may be changing, according to Walker, but breeders, grape species and diverse varieties are all needed as catalysts.

“We have the grape species. We just need to get over the hump of what we’re going to call them and how we’re going to market them,” Walker said. And, while breeders are always striving to deliver better quality wine, investments into what is sustainable for individual sites needs to continue to be a focus.

He and some growers from Napa Valley and Ojai provided a peek behind the curtain at new varieties being grown and fermented now:

The new varieties were first announced in December 2019, when Walker said, “People that have tasted the wine made from these varieties are extremely excited. They are impressed that they’re [Pierce’s disease] resistant but also that they make good wine.”