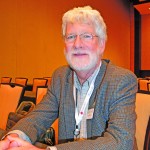 by Stephen Wagner
To much of the public they are simply fruit flies. Entomologists prefer using the term ‘fruit flies’ for what they deem authentic fruit flies — apple maggots and Mediterranean fruit flies that attack healthy fruit. The spotted wing Drosophila (SWD) species are called pomace flies or vinegar flies. Or wine flies. Drosophilis is different from the norm because it also attacks healthy fruit. One of this insect’s characteristics is that it enjoys loitering around rotting fruit or fruit that has over-ripened. Spotted wing Drosphila (Drosophila suzukii) is considered to be not merely a pest, but also an economic threat to summer fruit. First identified in Japan in 1931, by the 1980s it had a foothold in Hawaii. From there, it emigrated to America’s west coast, then was spotted in Louisiana, Florida, the Carolinas and Utah. Suzukii also calls France, Spain and Italy home. A true citizen pest of the world. “She prefers to attack healthy intact fruits still ripening on the plant,” says Professor Douglas Pfeiffer of Virginia Tech’s Entomology Department. “The ability to do this results from the presence of a long, serrated and hardened ovipositor, unlike the small, weak ovipositor in other drosophila.” Pfeiffer made his remarks at the Eastern Winery Exposition held in Lancaster, PA.
When this professional pest suddenly appeared in Virginia, Pfeiffer wrote about it in a newsletter from the Virginia Vineyards Association.  “The host range includes a wide range of fruit crops: berry crops such as grapes, raspberries, blackberries, blueberries, and strawberries, but also tree fruits — apples, cherries, nectarines, peaches, pears, and plums. While cherries are a preferred early season host, grapes are a preferred late season host. Larvae are similar to larvae of other Drosophila vinegar flies, tiny maggots about 3 mm long. Larvae feed beneath the skin of the fruit, causing a collapse of tissue near the site, followed by invasion of molds. Losses ranging from 33-100 percent of the fruit have been reported. An important management problem has been that this species attacks the fruit during final ripening, and can escape detection as growers think they have ended their spray season. Fortunately, this insect is not as difficult to kill as our other important invasive pest, the brown marmorated stink bug. However, diligence is warranted to determine the need to spray.”
“Initial impressions that the west born grape is not very vulnerable, that grapes were already damaged in some way, has had an impact on research in the east,” said Pfeiffer at the podium, images of drosophila on a screen beside him. “It is a much different situation in the east than it is in the western states. It’s a different environment in the east. You have a proliferation of wild hosts near our vineyards.” Pfeiffer referenced a vineyard on a hillside with a blackberry patch in the foreground. In the past that was considered beneficial because it was a source for biological control agents or natural enemies. Now, he said, the status of these berries may be changing quite a bit.
Washington State University Extension, in a drosophilis advisory issued three years ago, cautioned that “if SWD, is present in your wine grape vineyard, knock-down controls should be applied swiftly. There are no registered insecticides that will control maggots within fruit, so chemicals must target adult control with intent to eliminate adult ﬂies before they mate and lay eggs. A number of insecticides registered for use on grapes in Washington appear to be effective in managing SWD including those listed below. Efﬁcacy tests have been conducted in laboratories in Oregon and Washington and ﬁeld efﬁcacy has been studied in California, but conditions vary and so will results. Your approach should be based upon your vineyard and the unique factors of your situation, taking into consideration all label cautions, pre-harvest and re-entry intervals (PHIs/REIs), and any chemical controls you may already be using in your vineyard’s pest management program. Some of these insecticides have potential negative impacts on IPM programs, beneﬁcial arthropods, and/or the environment. Always read and follow label directions; apply only registered pesticides. Rotate among chemical classes to slow the development of resistance.” This basic information can, presumably, be adapted to other areas depending upon geography, climate, and intensity of the problem. It is best to consult your local extension office. “What works on the west coast,” according to Pfeiffer, “may not work as well here in the east.”
“Keep in mind,” says Pfeiffer, “this is a tropical species. It will do very well where it’s hot. We don’t know if it will turn out to be a great pest in California. Here in the east, cold winter temperatures limit the African pig fly and summer heat temperatures may limit spotted wing drosophilis. [African pig fly is a close relative, a member of the drosophilis family]. It is a doubtful species in its range.” By that, Pfeiffer says the possibility exists that the species could successfully adapt to association with human structures and habitations. But until that day comes, pesticides must be considered. “There are multiple generations, 12 or 13 per season,” Pfeiffer says, “a high reproductive output. Both those characteristics…climate and procreative proclivity…favor pesticide resistance. That will be a big issue as we try to manage spotted wing Drosophila and its various host crops. We will need to have differing modes of action so we can rotate, otherwise we’ll drive the materials into the ground. On high risk crops spraying should be done weekly or even more often as the fruit ripens.”