The changing face of farm labor 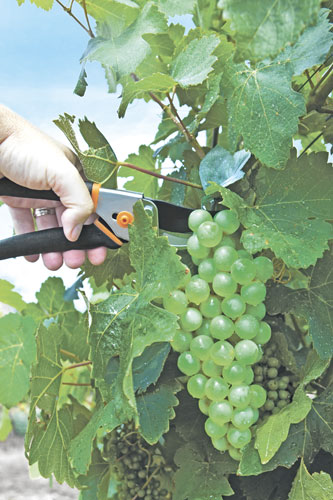 Most agricultural enterprises will likely employ paid workers at some point, but finding and keeping those workers is an ongoing challenge. Some key issues associated with hired labor include where to find employees, pay rates and how to retain trained employees.

Tom Hertz, labor economist with Economic Research Service, has studied farm worker statistics and says there has been about a one percent wage growth (adjusted for inflation) for farm workers, per year, since 1989. “In 2017, the average wage for all occupations was about $13.32/hour, which includes managerial and supervisory occupations,” he said. “If you left them out, wages would be about $12.50 for non-supervisory crop and livestock workers. The average for both non-supervisory crop and livestock workers is the basis for the ‘adverse effect wage rate,’ which serves as a minimum wage for H-2A seasonal agricultural workers.”

Since 2007, attention has turned to the reduced supply of immigrant labor. “Net migration from Mexico turns negative after the Great Recession hit,” said Hertz. “The number of Mexican-born workers in the U.S. is lower than it was then. The reduction of supply is partly due to the effect of the recession and partly due to immigration enforcement, and also due to changing economic and demographic conditions in Mexico.” Hertz added that although there’s a reduction in supply, the demand for labor is rising and employment is rising. Much of that growth is due to an increased number of farm labor contract employees.

“Another important change that has farmers concerned is the growing average age of the immigrant farm work force,” said Hertz. “The average age of the foreign-born farm work force has gone from about 36 to over 40 years since 2006, whereas the U.S.-born contingent hasn’t aged that much.” When older immigrants comprise the available labor pool, thoughtful and forward-thinking employers reduce the physical burden of the work wherever possible to entice workers to stay on the farm and work safely.

Hertz said use of the H-2A temporary agricultural visa program has more than quadrupled since FY 2005. There were 200,000 H2-A seasonal positions certified in 2017, and Hertz predicts the number will rise. Growth of the H-2A program has come through growers’ associations, various filing agencies and consulting. Hertz noted the industry has adopted the business model of having associations and consultants to do the filing, which streamlines the administrative processes involved in bringing H2-A workers to the U.S.

Washington, D.C. attorney Chris Schulte discusses the H-2A guest worker program and how it differs from the domestic workforce. “H-2A is currently the only legal program to employ foreign agricultural workers,” he said. “Workers who are employed come to the end of the process after which the farmer will apply to the state workforce agency for approval that the job requirements (experience, lifting, specific skills) are normal and accepted in that area. Once they’re approved there, they’ll move onto the U.S. Department of Labor and convince them that able, willing and qualified U.S. workers are not available for the position, and that the terms and conditions offered for the employee will not adversely affect similarly employed U.S. workers.”

From that point, it’s up to the Department of Homeland Security/U.S. Citizenship and Immigration Service to approve visas. After approval is completed, the process continues at the U.S. Consulate in the foreign country where workers are interviewed and screened. After that, workers have the proper documentation to enter the U.S. and begin working.

H-2A hiring involves a recruitment process to seek out available U.S. workers, including multiple newspaper advertisements. “Any U.S. workers who presents themselves to the employer, either applying through a state workforce agency or appearing at the farm, need to be hired through 50 percent of the contract – that’s the 50 percent rule,” said Schulte. “The other side of that is showing there is a need and that the employer has done everything possible to identify U.S. workers who might be interested in the position. If they are still unable to find enough workers then the terms and conditions need to not have an adverse effect on U.S. workers.” Schulte added that H-2A specifies the work as temporary or seasonal, which the Department of Labor generally interprets as a 10-month maximum season.

The law requires no preferential treatment – H-2A workers cannot be paid more than U.S. workers. “The adverse effect wage rate (AEWR) tracks the NASS (National Agricultural Statistics) data that looks at the average in a group of states, which becomes the minimum wage,” said Schulte. “No worker in corresponding employment can be paid less or offered conditions that are worse than what the H-2A workers are offered.” Schulte added that AEWR for the upcoming year is usually announced in December.

The H-2A employer is obligated to provide, free of charge, to their employees housing (including cooking facilities), transportation to purchase food, transportation for vital tasks such as laundry, inbound and outbound transportation from the home country to the farm, subsistence expenses during travel, visa fees at the consulate, application fees to federal agencies such as the Department of Labor and Department of Homeland Security and fees for filing agencies and/or foreign recruiters. Employers are also required to provide workers’ compensation insurance and all tools of the trade – whatever is necessary and specific to the job.

Schulte said concerns regarding the H-2A program include processing delays by government agencies, partially due to lack of funding. Other issues include access to housing, lack of flexibility resulting from the petition process and the timing involved with requesting workers and their arrival when needed. However, benefits include significant reduction in workforce turnover and increased security from immigration enforcement efforts.

Jennifer Ifft, assistant professor in Applied Economics and Management at Cornell University, said immigration trends and domestic economic conditions point to continued labor shortages. Fewer people will be interested in migrating to the U.S. from Mexico and Central America due to economic growth and demographic changes there. The current farm workforce is less mobile within the United States than in the past, the domestic labor market is tightening and we are currently at or near full employment.

Ifft said minimum wage is set at the state level and can vary substantially. Other variables are seen in housing, overtime, insurance and liability, property taxes and living costs. “Two-thirds of all fruits and vegetables are grown in states that will see increasing minimum wages over the next decade,” she said. “We know average farm wages tend to increase with minimum wage.” However, this doesn’t necessarily mean minimum wage is causing those increases. The cost of living in rural areas is also a factor, and varies considerably by region.

The trend of tight labor markets and growing wages will continue, and Ifft advises farms to strive to keep the workforce they have. Farms using hired labor will need to continue paying competitive wages, invest in human resource management and develop business models that support higher wages. Such models might include premium products or value- added products.

Some areas of research in farm labor include studies to determine whether rising wages in agriculture will be sufficient to attract U.S.-born workers for manual labor, whether labor shortages and local policies will lead to a change in regional comparative shortage and how changes in labor markets will impact small and mid-size farms.