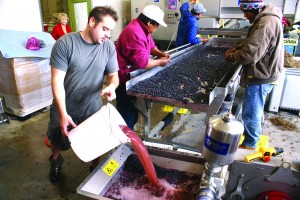 by Sally Colby
By mid to late summer, winemaker Stephen Rigby is balancing more than the glasses he uses to sample what’s in the tanks. He’s looking at the weather, watching for veraison and making sure that personnel and equipment are ready for harvest.