While moving to regional distribution, Natty Greene’s evolves its brand and strategy 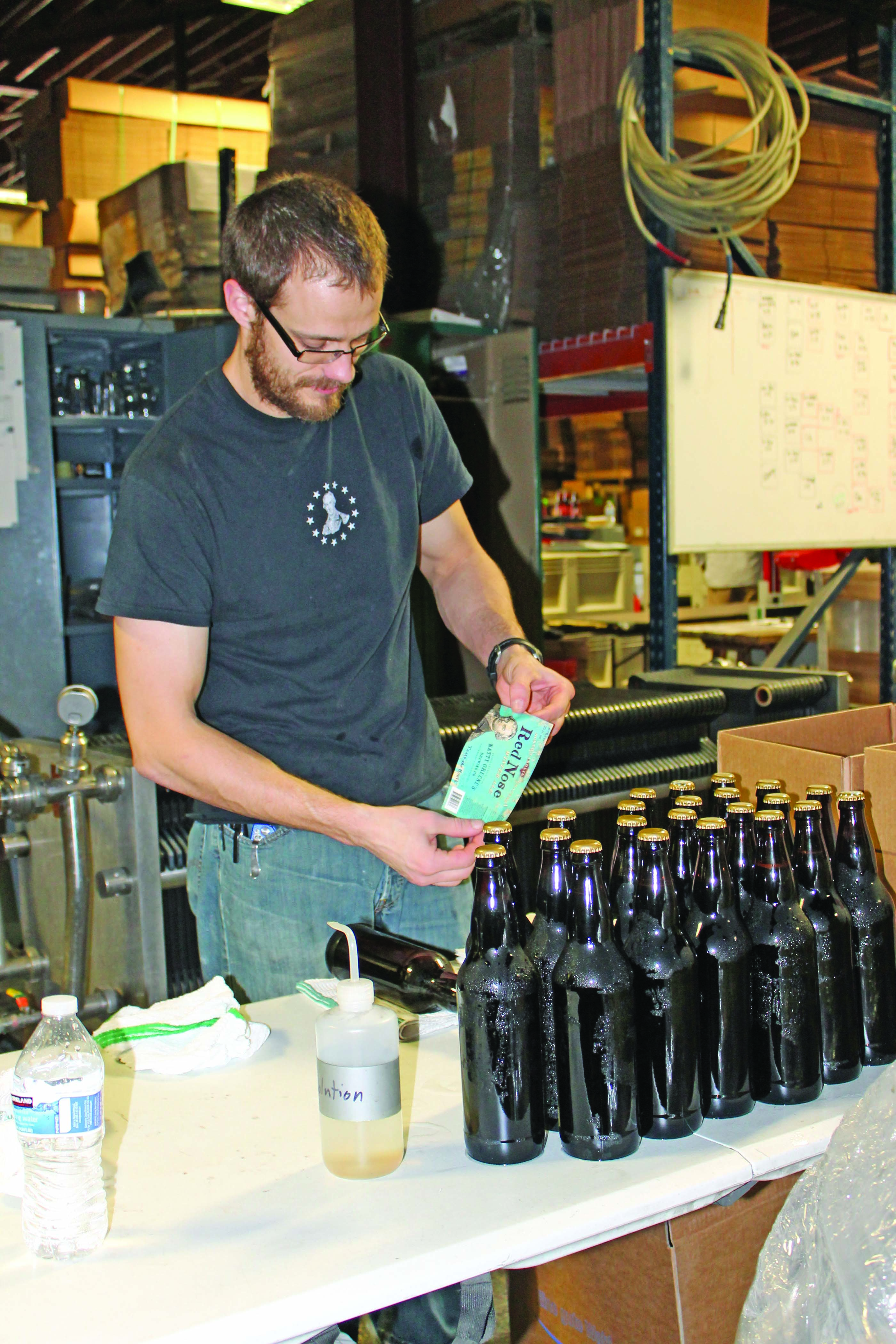 by Karl H. Kazaks
GREENSBORO, NC — What’s more American than beer and baseball? Perhaps a story involving baseball, beer, and a business success built from scratch.
In 2005, Greensboro’s newly opened brewpub, Natty Greene’s, signed a deal with the local minor league baseball team — the Greensboro Grasshoppers — to provide beer for the team’s home games.
At the first home stand, fans went through 42 kegs, much more than the brewery’s two owners, Chris Lester and Kayne Fisher, expected to sell.
“We were pulling empty kegs, cleaning them, filling them, and returning them to the stadium,” Fisher recalled. “People were asking, ‘Where can we get it?’ It really truly was the springboard for our brand.”
Lester and Fisher became friends in college, bonding over a shared interest in the American craft beers coming to prominence in the late part of the 20th century, brands like Anderson Valley. The two dreamt of owning their own brewery.
They started by selling beer, first at wholesale then at what became three draft houses in the Winston-Salem-Greensboro Triad region, pubs known for the American microbrews and imports available on draft.
The craft beer bust at the turn of the century didn’t dampen the pair’s enthusiasm for starting their own brewery. Instead, they saw it as an opportunity to purchase used equipment at a good price.
In 2004, Lester and Fisher opened their first brewpub. They didn’t come up with the final name for the operation until shortly before the pub opened, when they settled on Natty Greene’s.
Nathanael Greene was a Revolutionary War general who lead a successful campaign against British forces in the Southern colonies, eventually pushing enemy forces under the command of Cornwallis into Virginia. Some important battles happened in the area of present-day Greensboro, in Guilford County.
To run the brewpub’s beer-making operations (Fisher and Lester had never made beer commercially), they hired Scott Christoffel, from Left Hand.
At first, they sold their beer just through their brewpub. But with greater popularity — fueled by their success at the Grasshoppers’ games — they moved to local distribution.
By 2006, Lester and Fisher decided to sell their draft houses and focus on growing Natty Greene’s. They moved their production from the brewpub to an old 20,000 sq. ft. warehouse and started producing bottled beer. By 2007, they were making 3,000 barrels of beer a year.
At the time, the two had the goal of making Natty Greene’s the beer of the Greensboro-Triad region.
Soon, their beer was becoming popular throughout North Carolina. They opened a second brewpub, in Raleigh in 2010. The production facility became packed as more and more equipment was added to accommodate additional production.
Today, the facility has 34 fermentation and bright beer tanks, an increase from the original nine tanks. The brewery also has a larger hot liquor tank than the one they started with and a mash mixer.
Today, Natty Greene’s beers are sold throughout North Carolina and in South Carolina, Virginia, and Washington, D.C. It is the third-largest brewery in North Carolina, producing 16,000 barrels last year. By next year, with an additional expansion to its production facility, it hopes to be producing 30,000 barrels per year. Its Buckshot Amber Ale is the best-selling craft beer in the Old North State.
This year is a transformative one for Natty Greene’s. Not only is the brewery building its staff to help drive its growth, but it is also reshaping its identity and evolving its brand to fit its new status as a brewery of regional stature.
First and foremost, the brewery has worked to define the culture of the workplace.
“We want everyone working here to realize this is a journey and not a job,” Fisher said.
The brewery has also clarified the positions within the organization. Christoffel has been named brewmaster, while Lester and Fisher have split up their responsibilities.
“Chris sells the beer, and I sell the brand,” Fisher said. “I work the homefront, Chris deals with wholesalers and buyers.”
The brewery is also introducing new packaging (and will unveil a new website) which will help position the brewery as a regional player.
Gone will be the logo “Taste the South.” The bust of Nathanael Greene will move from the primary label to the neck label. The new logo will be three chevrons (worn by Greene on his uniform) topped with a star — an image which looks like a mature barley stalk.
The brewery is also clarifying its beer programs into three series.
The first consists of the “core four” — Buckshot Amber Ale, Guilford Golden Ale, Wildflower Witbier (spiced with orange peel, chamomile, and coriander), and Southern Pale Ale — which will be available year-round.
Then there is the silo series — one-off draft beers, eight per year, varying from milk stout to barleywine. Taken together with the brewery’s four seasonal beers, that will give consumers a new Natty Greene’s to try every month of the year. The seasonal beers and three of the eight limited release beers will also be available in bottle.
This year, Natty Greene’s is also opening a tasting room, The Bunker, in its production facility. The Bunker will be open on Fridays and when events are occurring at the Greensboro Coliseum, across the street from the brewery. The space will have both an indoor component and an outdoor beer garden.
This spring, the brewery will also start offering tours of its production facility, part of its move to emphasize to the public the brewery — as opposed to the brewpubs — as the heart of Natty Greene’s.
Some of those visitors on the tours will ask — like other customers have in the past — whether the brewery is styling itself after Samuel Adams by using the colonial-era hero Natty Greene as the foundation for its brand.
To which Fisher will answer, “They were the pioneers for all of us in the craft beer industry, and enable us to do all that we do. It’s not a bad model to follow.”